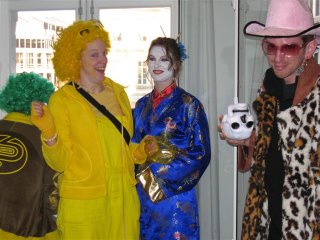 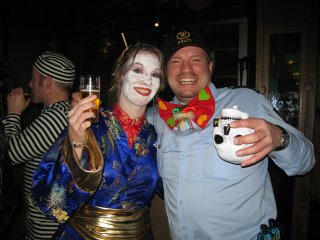 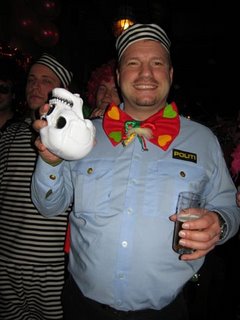 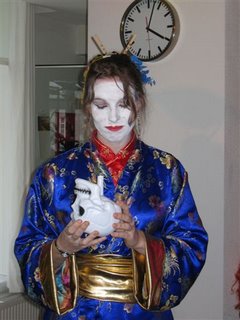 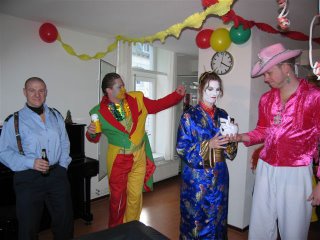 It is rumored that some evil monk stole the Skull of Gorbie and left for a long and evil pilgrimage in Europe. For unknown reasons one of the stops was at Murphys in Maastricht during Carnival 2003.

The skull of Gorbie has many unique qualities and is very powerful. Soon Gorbie took control over the evil monk and started to live an evil and tempting life of his own – a little similar to the skull in Escape to Monkey Island.

Gorbie is the skull that contains eternal amounts of Vodka. And with this he tempts all crazy people in carnival to fall under his spell.

We do not know much about what happens next – but we have some pictures that might lead you to a better understanding.
Posted by Moonknight at 23:35