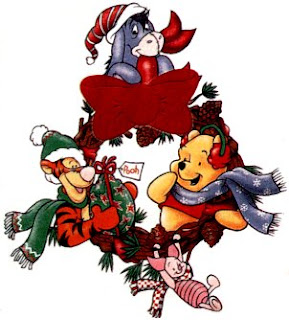 To sum it up for this year

I have been kind of lazy to post in the blog lately. Maybe this is a sign of me becomming more lazy, more occupied or just a general sign that times are changing??

I have no real answers for you but I am going to be nice and sum up a few things. In the movies world I have of course seen quite a few nice movies as well as old classics.

Ratatouille is a masterpiece. I can not say anything else, the story is funny, the anims are funny. The whole movie makes you laugh but in the end the morale is: Everybody can cook… Is it true? Well who cares as long as it is fun?

Beowulf – This one was a disappointment. I don’t know but except for the main monster (which is awfully ugly) there is not much to go for here. A mediocre childrens anim looks better than this – and the story is like a short story made way too long.

Other stuff I have seen: The Color of Red - a good classic thriller, Unbreakable – even better classic and Rambo II and III – I don’t know what to say about it but it is funny to see the Americans feelings about the afghan at that time: “They never give up”

In the world of books I have been reading Kama Sutra, it is a interesting book, maybe not a lot of new and I choose to think of it as a ancient pimpguide which still can be used as which.

I have also read the book which the Varg Veum movie was based, a little bit better than Henning Mankel in the writing, but much more clever put together! The book differs remarkably from the movie and sometimes I think – what did the storyboard writers think?? Anyway it’s a good movie so no hard feelings.

I also read the second Stieg Larsson book which I found even better than the first, its like the writer saw his small faults in book one and make a awesome firecracker of book two. Now all is left is the finale in book three.

I also finished my second book and have started on the third one. Writing goes a bit slow there as well as here… but sometime next year it should be ready.

In the world of gaming I have been lazy as well (surprise) but are now enjoying Unreal Tournament 3 – a winner from beginning till end. Brings a lot of the old and some of the new UT power – and is a must for all people that likes this kind of action.

I am also playing the new expansion to Never Winter Nights 2, it is not as good as the original game, and it tries to bring a new twist to the gameplay with its spirit eater feature.

Still this is almost as good as they comes and I hope it will keep me busy for medium January next year.

That’s about it for now.
Posted by Moonknight at 16:25 Ingen kommentarer: